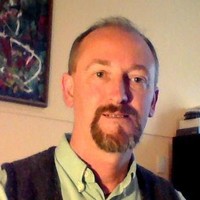 Greg is a social worker with 22 years’ experience working in the health and community services sector.

In 2001 Greg began to specialise in the field of grief, loss and trauma – working as a Counsellor/Educator with HOPE Bereavement Care/SIDS & Kids from 2003 to 2009 and as a Regional Specialist Bereavement Counsellor for Australian Centre for Grief and Bereavement from 2009 to 2011. Greg moved into private practice and consultancy in 2012 (which continues in a smaller way today). Greg took on the role of National Clinical Manager for Red Nose Grief and Loss in 2016 before accepting his current role as part of the management team at Peninsula Home Hospice in Mornington where he leads and supervises a team of over 60 client care volunteers.

Greg’s key practice areas are grief, loss, trauma, existentialism, stress management, clinical supervision and education. Greg has presented a broad range of interactive training workshops to a variety of audiences throughout Australia. Greg received his PhD in 2017, having conducted longitudinal research on bereaved parents’ experiences of spontaneous creativity after the death of a child.